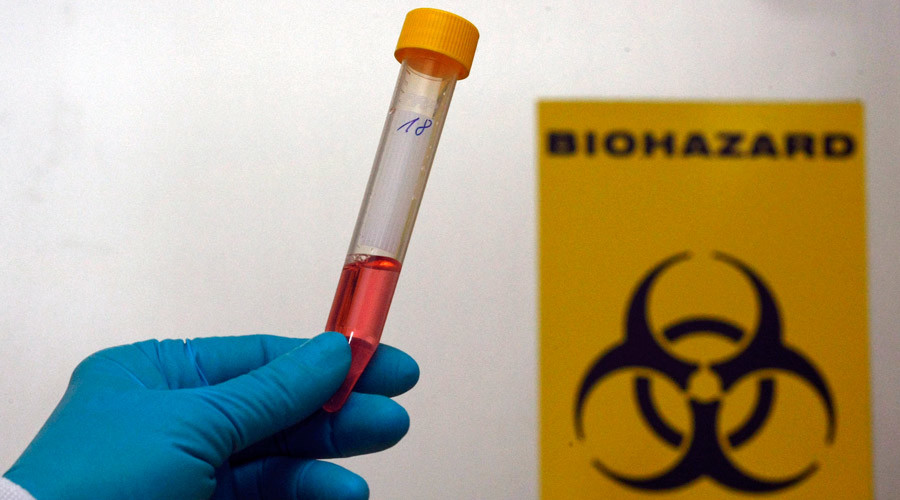 Laboratories around the US sent out highly contagious viruses and bacteria samples they mistakenly believed were inactive on at least 21 occasions since 2003, a government audit found, deeming oversight of the sample-sharing program sorely lacking.

In addition to the 11 previously known incidents, the audit found 10 cases that had not been previously reported. Eleven federal, five academic and five private labs were implicated in the probe of the Select Agent Program, conducted by the Government Accountability Office and covering the period between 2003 and 2015.

As of May this year, 286 research facilities around the country were enrolled in the program, which allows them to conduct scientific experiments with such pathogens in special laboratories, according to the Center for Public Integrity.

The incidents involved anthrax and seven other deadly pathogens, including the viruses causing Ebola, Marburg, and the “sleeping sickness,” and the bacteria Brucella, Burkholderia pseudomallei, Francisella tularensis, and Clostridium botulinum – the cause of botulism and one of the most powerful toxins in existence.

In each instance, scientists and officials involved thought that the lethal pathogens had been inactivated and were safe to be transported elsewhere. Even though existing rules call for fines of up to $500,000 and even criminal charges, auditors found that only one fine was ever levied – a $150,000 penalty against a private lab in 2004 – raising concerns that federal labs received insufficient scrutiny.

There are no federal standards for shipping pathogens, no firm requirements for reporting mistakes when they happen, and no clear policy on punishing those responsible, says the recently published GAO report, adding that “existing oversight of high-containment laboratories is duplicative, fragmented, and relies on self-policing.”

As a result, the two principal oversight agencies – the department of Health and Human Services (HHS) and the Department of Agriculture (USDA) – “do not know the extent to which incomplete inactivation occurs and whether incidents are being properly identified, analyzed, and addressed,” the auditors said.

The GAO recommended establishing a more reliable system of ensuring the pathogens are inactivated before shipment, and setting up an official tracking system for shipments of active pathogens. The report includes memos from the departments of Health and Human Services and Agriculture, acknowledging the recommendations and promising to issue new rules by the end of this year. The Pentagon said the audit would “inform” their efforts to improve oversight, but had no further comment.

“Agencies have made progress in implementing many of our recommendations but the United States is still without a national strategy and does not have a single entity charged with overseeing the implementation of such a strategy,” said the report.

US biolabs failed to report more than half of times they shipped live pathogens to unsuspecting recipients. https://t.co/OSEs5va7Mm

The audit was ordered following the 2015 scandal involving a military facility in Utah that had sent live anthrax to 192 laboratories around the US and nine foreign countries. The US Army probe into the Dugway Proving Ground, released in December 2015, found a “culture of complacency” at the facility “resulting in laboratory personnel who did not always follow rules, regulations, and procedures.”

The report was requested by the House Committee on Energy and Commerce and produced in consultation with biology experts and the National Academy of Science.