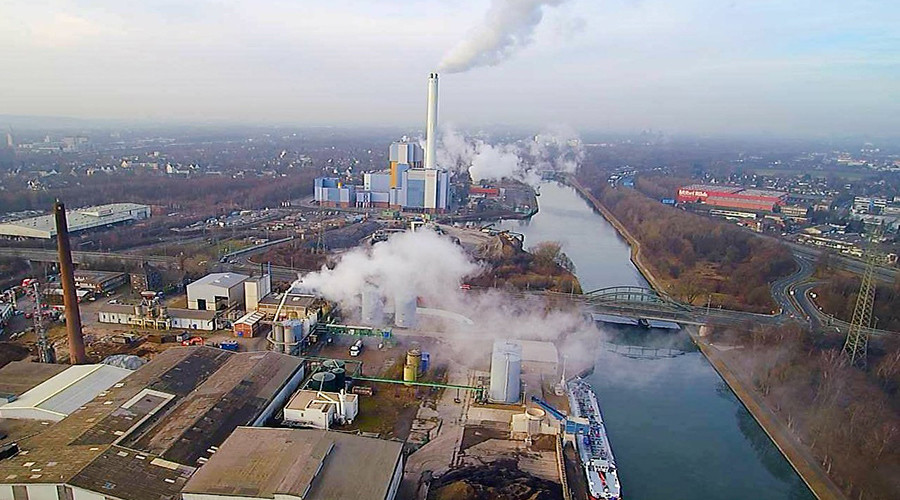 Pharmaceutical companies are fueling the rise of superbugs by manufacturing drugs in factories that leak industrial waste, says a new report (Drug Resistance through the Back Door – How the Pharmaceutical Industry is Fuelling the Rise of Superbugs through Pollution in its Supply Chains) which calls on them to radically improve their supply chains.

Factories in China and India – where the majority of the world’s antibiotics are produced – are releasing untreated waste fluid containing active ingredients into surrounding areas, highlights the report by a coalition of environmental and public health organizations.

Ingredients used in antibiotics get into the local soil and water systems, leading to bacteria in the environment becoming resistant to the drugs. They are able to exchange genetic material with other nearby germs, spreading antibiotic resistance around the world, the report claims.

Ahead of a United Nations summit on antimicrobial resistance in New York next week, the report – by the European Public Health Alliance (EPHA) and pressure group Changing Markets – calls on major drug companies to tackle the pollution which is one of its root causes.

They say the industry is ignoring the pollution in its supply chain while it drives the proliferation of drug resistant bacteria – a phenomenon which kills an estimated 25,000 people across Europe and globally poses,

“as big a threat as terrorism,” according to NHS England’s Chief Medical Officer Dame Sally Davies.

If no action is taken antimicrobial resistance (AMR) will kill 10 million people worldwide every year – more than cancer – according to an independent review into AMR last year led by economist Professor Jim O’Neill.

Changing Markets compiled previous detailed reports and conducted its own on-the-ground research looking at a range of Chinese and Indian drug manufacturing plants making products for some of the world’s biggest pharmaceutical companies.

One of the world’s biggest antibiotic production plants, in Inner Mongolia, was found in 2014 to be,

“pumping tonnes of toxic and antibiotic-rich effluent waste into the fields and waterways surrounding the factory,” according to Chinese state television.

In India, where much of the raw material produced by Chinese factories is turned into finished drugs, various studies have found,

“high levels of hazardous waste” and “large volumes of effluent waste” being dumped into the environment.

About a quarter of UK medicines are made in India.

The factory pollution mixes with waste from farms and sewage plants, providing an ideal breeding ground for the drug-resistant bacteria. Once established in the environment, the germs can spread around the world through air and water, and by travelers visiting countries where the bacteria are prevalent.

A drug-resistant bacteria first found in India in 2014 has since been found in more than 70 countries around the world, the report highlights.

Most major drug companies display a “shocking lack of concern” about pollution in their supply chains, Changing Markets claims. It is calling for companies that fail to demand environmentally sound manufacturing and waste treatment techniques from their suppliers to be blacklisted.

Large purchasers of medicines, including health services, hospitals and pharmacies should push for cleaner production processes, it adds.

“Big Pharma’s role in fuelling drug resistance is all too often overlooked when policies to curb the spread of AMR are being discussed.

“Our research has shown that the industry is failing to take the necessary action to address the threat of a looming environmental and public health crisis in which it is playing a key part.”

The drugs also prevent infection during surgery and treatments like chemotherapy, which can wipe out the body’s immune system.

As the bugs become resistant to the drugs used to treat them, experts fear more people will die of infections – and common medical procedures will become high risk.

Next week, global leaders will meet for a United Nations conference in New York to discuss the growing problem of AMR.

Resistance is fuelled by the overuse of antibiotics in farming as well as in human medicine, a topic the Bureau of Investigative Journalism has been researching for more than six months.

Earlier this year, the Bureau analyzed figures released by the Veterinary Medicines Directorate, which regulates what drugs vets prescribe for use in British farming and agriculture, and revealed a significant increase in sales of some critically important antibiotics.

A “critically important” antibiotic is one which is either the sole treatment option or one of few alternatives for a serious infectious disease in humans.

They also treat diseases humans can catch from non-human sources such as animals, water, food or the environment, including some drug-resistant diseases.

The rise in sales of critically important antibiotics is happening despite the fact it is now known that resistant forms of certain food poisoning illnesses, including campylobacter, and some variations of the superbug MRSA, are directly linked to antibiotic use on farms.

In April, the Bureau revealed growing levels of resistance among campylobacter bacteria, which is commonly found in supermarket chickens. The bug infects up to 300,000 people in the UK each year, hospitalizing about 1,000 and killing about 100.

Previously unpublished data collated by Public Health England showed almost one in two of all human campylobacter cases tested in England was resistant to the antibiotic ciprofloxacin.

Ciprofloxacin is one of several drugs doctors can turn to when victims of food poisoning develop complications, and is also used to treat other conditions such as urinary tract infections.

Responding the EPHA and Changing Markets’ report, Emma Rose from the campaign group the Alliance to Save our Antibiotics said:

“With prescribers of both human and veterinary medicine increasingly urged to take action on antibiotics, the pharmaceutical industry must now play its part in tackling this crisis.”

We have addressed the problem of superbugs, a decade ago. And those who cared to listen are now free from fear and from the high cost of worthless prescription medicine.

It’s your life. Better start reclaiming it now, or be sorry later on.