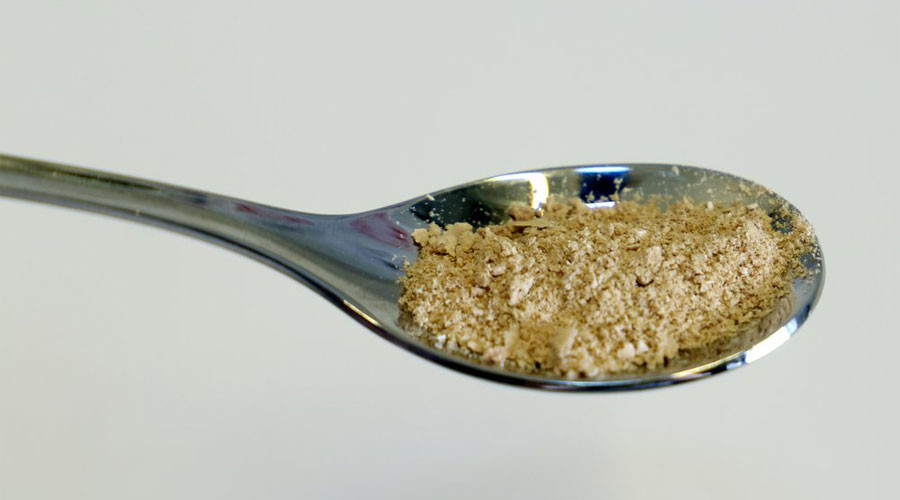 Scientists in Finland are perfecting a food-making process which could one day enable people to electrically shock carbon dioxide and microbes into a square meal.

Teams at the Lappeenranta University of Technology (LUT) and the VTT Technical Research Centre of Finland discovered that by subjecting water, microbes like bacteria, and carbon dioxide to sustained electrical currents they can produce ‘food’ with nutritional value.

The technique involves bioreactors about the size of a coffee cup, and results in a mixture that is about 50 percent protein and 25 percent carbohydrates, as well as containing nucleic acids and fats.

While being touted as a solution to the world’s hunger problems, the production is in its nascent stages – it currently takes two weeks to create 1g of protein. Food security is a major issue around the world and the UN estimate that 2 billion people will lack basic nourishment by 2050.

The experiment is part of LUT and VTT’s Neo-Carbon Energy research into emission-free power systems. According to Juha-Pekka Pitkanen, a lead scientist at VTT, the method could provide one solution to food shortage, allowing people to effectively jump-start their diet at home.

“In the future, the technology can be transported to, for instance, deserts and other areas facing famine,” said Pitkanen. “One possible alternative is a home reactor, a type of domestic appliance that the consumer can use to produce the needed protein.”

He added that the consistency of the final product can change by using different organisms or microbes in the process – perhaps making the food more palatable than it sounds at the moment.

LUT professor Jero Ahola suggested the research could also help to revolutionize agriculture and reduce the negative impact on the environment, as it “does not require a location with the conditions for agriculture, such as the right temperature, humidity or certain soil type.”

He added that no pesticides are required during the production process.

“Only the required amount of fertilizer-like nutrients is used in the closed process. This allows us to avoid any environmental impacts, such as runoffs into water systems or the formation of powerful greenhouse gases,” Ahola said.