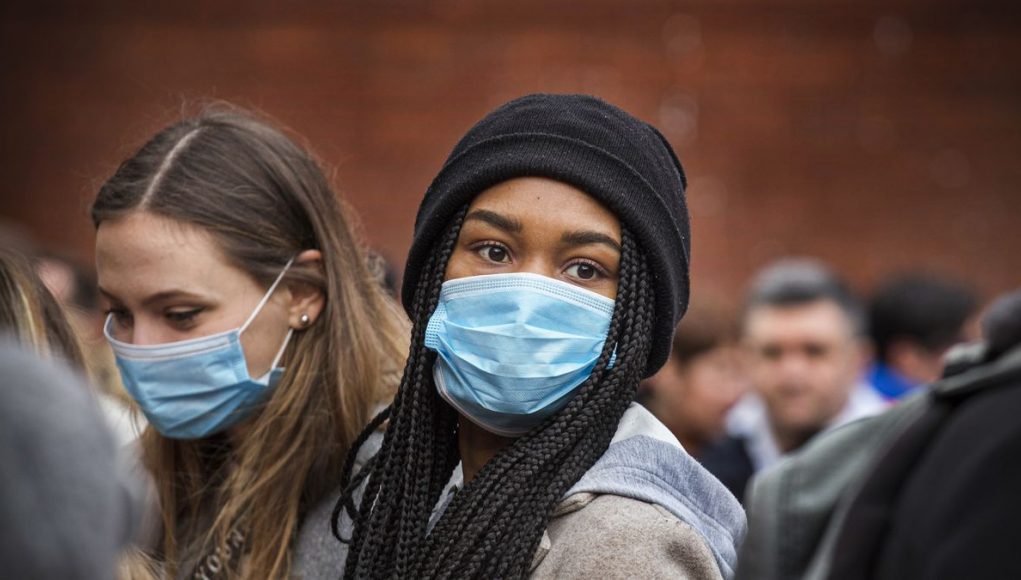 Which is the more reasonable approach a society might take in the outbreak of epidemic: 1. To quarantine the sick, and take reasonable precautions to stop those who are identified as vulnerable from contracting the illness. 2. To attempt to “control the virus” by preventing millions of healthy people from having contact with other healthy people.

by Rob Slane via TheBlogMiore.com

To any society prior to 2020, it would have been obvious that the first approach is not only logical and proportionate, but the one least likely to have other unintended and highly destructive consequences.

However, to my continued astonishment, many in our society not only believe that the answer is the second, but they somehow believe it to be based on established science.

Now I understand that many who support Lockdown will object to my characterisation of their position. They will say that it is deliberately misleading, since it talks about healthy people, and does not mention the sick. Such objections founder, however, on this undeniable fact:

Lockdowns are, by their nature, an entirely untargeted and indiscriminate approach to a health issue, and the prohibiting by law of millions of healthy people from having contact with other healthy people is a feature, not a bug of a policy that was untried and untested before it was first implemented by the Chinese Communist Party in January last year, then copied by many Governments around the world thereafter.

For some reason, many Lockdownists seem to think that the onus is on Lockdown opponents to disprove their position. But as Dr Malcolm Kendrick points out in his excellent piece – Does Lockdown Work or Not, this is the opposite of how things are supposed to work:

“The starting point, for any scientific hypothesis, is for the proponents to disprove the null hypothesis. Demanding that those who believe something may not work, to prove that it doesn’t, is to turn the scientific method upside down. You can never prove a negative.”

Even so, he goes on to point out that most of the countries with the highest deaths per million are those which had fairly stringent Lockdowns, and therefore the data so far most certainly does not show that Lockdowns are effective, even on their own terms. Of course, Covidian Logic always has an answer to this, which is that these Lockdowns weren’t real Lockdowns.

But the main point I wish to make about them is that they are not something that has been proposed, studied or trialed before, but are an entirely new practice, foisted upon the world for the first time in 2020. Which means what?

It means that they are an experiment in real time. It means that our society (along with many others) has for the last year, and continues to be for the foreseeable future, subject to an experiment. In fact, the largest psychological, social and experiment ever conducted.

When I use this sort of language, it tends to meet the following mocking response: “So are you saying it’s all a mass conspiracy? Who’s the puppet-master then?” But this just misses the point. It does not need some Dark Lord sitting over all of it in order to be an experiment, although it has to be said that the likes of Professor Schwab do seem keen on putting themselves forward as pretty good candidates.

No, it simply is by definition a psychological, social and economic experiment by the very nature of the fact that the mass quarantining and mass masking of millions of people, which cannot fail to change the psychology, society and economy, are untried, untested methods, based merely on hypothesis, and not on hard data. In fact, the data is still coming in from this enormous experiment, but as Dr Kendrick says, it doesn’t actually look good for the hypothesis:

“…I would conclude that the observational studies had – thus far – failed to disprove the null hypothesis. In fact, the evidence up to this point could suggest that lockdowns may actually increase the death rate. In short, I would look for another idea.”

But the psychological, social and economic experimentation are by no means the end of it. We have now moved on to the medical experimentation, by which I mean the giving of so-called “vaccines” to millions of people (so-called because they don’t actually stop people getting the virus, and it is not yet known whether they prevent transmission).

Incredibly, if you look at the Pfizer BioNTech SE Clinical Study Trial on the US National Library of Medicine Clinical Trials database, you will notice something very odd, which is that the Estimated Study Completion Date is on January 31st 2023. This is:

In other words, the medium to long-term side effects of this product cannot possibly be known, because the study is still ongoing. The long and short of it, as Professor Sucharit Bhakdi points out in this excellent interview (watch it soon before the YouTube Gatekeepers scrub it) is this: every single person now getting these jabs is effectively an unwitting test subject in the largest medical experiment ever carried out, having been asked to give their consent to receive a product injected into their bodies without being properly informed as to the status of the product.

Simply put, neither those administering these jabs nor those receiving them can have any idea of the potential medium to long-term consequences of these things, because the companies producing them have not completed the studies on them. And no, it is not the mark of an anti-vaxxer to be deeply concerned about this (I am not); it is just the mark of having one’s critical faculties in working order and of caring about what is being done to people – it’s called Loving Your Neighbour as Yourself.

In summary, both Lockdowns and the “vaccines” are essentially a mass experiment on humanity. The mid to long-term consequences of both are entirely unknown.

Future generations will marvel at how the authorities were able to do this, but they will marvel even more at how millions of people acquiesced without much thought. None of this can possibly bode well. We need to humble ourselves and take a long hard look at what we are doing, or allowing to be done to us, as a matter of the utmost urgency. –