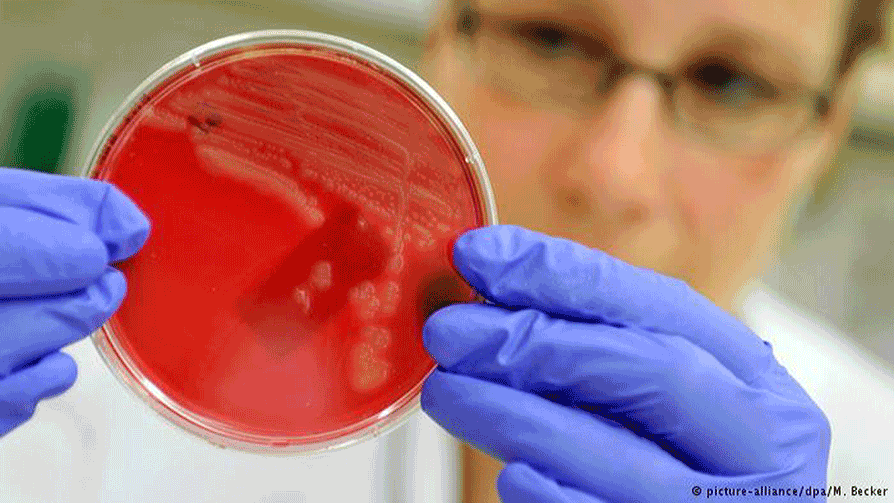 The history of medicine is like a roller-coaster ride. First, they used herbs. Then they discovered electrotherapy.

Having fully appreciated the full potential of electrotherapy in eliminating ailments at its root cause, they resorted to chemical drugs of the medieval period due to its low production cost and its effectiveness in masking the symptoms that keeps the customers coming back.

Now that more superbugs are being discovered, how should the mainstream medicine industry respond if its drug-based approach is rendered moot and obsolete?

Scientists Have Discovered Bacteria That Are Resistant to All Antibiotics

The world is facing a possible post-antibiotic era, according to scientists who have discovered bacteria that is resistant to all antibiotics — including a last-resort drug. (Getty Images)

The new findings were published in the journal the Lancet Infectious Diseases. During a routine surveillance of antibiotic resistance in China, scientists discovered that a new bacterial genetic resistance mechanism called MCR-1 prevents the drug colistin from killing bacteria. (Colistin is often seen as a “last-resort” antibiotic when others aren’t effective.)

Researchers discovered that one-fifth of the animals they tested and 16 humans carried MCR-1, as well as 15 percent of raw meat samples.

“The emergence of MCR-1 heralds the breach of the last group of antibiotics,” researchers wrote in the paper.

While the findings are scary, they aren’t shocking, infectious disease specialist Amesh A. Adalja, MD, an assistant professor at the University of Pittsburgh Medical Center, tells Yahoo Health.

“Antibiotic resistance is a steady march that’s been going on for a long time,” he says. However, he says, bacteria are always going to become resistant to our antibiotics — it’s just what they do.

Antibiotic resistance is a blanket term that means a type of bacteria is resistant to a particular type of drugs. “It can mean being resistant to one, three, or all forms of antibiotics,” explains Adalja.

William Schaffner, MD, an infectious disease specialist and professor at the Vanderbilt University School of Medicine, explains the problem to Yahoo Health this way: There are many millions of bacteria out there and they multiply rapidly. As they multiply, some genetic mutations occur that make them resistant to the antibiotic in use. The antibiotic will kill off all the susceptible bacteria, but will leave behind the resistant ones. They will grow and can spread to other people, becoming dominant. That increases the odds another person will become infected with antibiotic-resistant bacteria.

The news about MCR-1 is particularly worrisome, because it breaches our last line of defense: When doctors can’t kill bacteria with major forms of antibiotics like penicillin and tetracycline, they might turn to colistin.

“When we see a hint that colistin-resistant bacteria are out there, it becomes alarming because we don’t have very many new drugs,” says Adalja.

Colistin is often seen as a backup, he explains, because it can have serious side effects such as kidney or nerve damage. “Even though we don’t like to use colistin, it’s good to know that it’s there,” Adalja says.

While some antibiotic resistance is inevitable, Schaffner says we can do something about it. On an individual level, he urges people to use antibiotics only when they’re needed, and only for the amount of time that they’re prescribed. “Patients need to be aware that colds are viral infections and will not be benefited by antibiotics,” he says.

Antibiotic use in the raising of livestock is also contributing to the problem, Schaffner says. While many companies are phasing out this practice due to consumer demand, you can do your part by only purchasing meat that is labeled “antibiotic free” or “raised without antibiotics.”

MCR-1 has currently been found only in China, but some researchers say it’s just a matter of time before it spreads. “Although currently confined to China, MCR-1 is likely to emulate other global resistance mechanisms,” the Lancet study claims. “Our findings emphasize the urgent need for coordinated global action.”

All microorganisms will always try to adapt to its environment. Parasite causing the disease will try to adjust to the toxicity of the antibiotics taken over time.

The fact that cancer has been conventionally incurable for some time indicates that the cancer causing parasite has fully adjusted to chemotherapy decades ago. Of course, arrogant and profiteering doctors would debate with you that cancer is about spontaneous cellular destruction and has nothing to do with parasites whatsoever. Therefore, there’s no ultimate solution really, just keep using drugs until all your bank savings are depleted.

Now that certain bacteria are resistant to all antibiotics, how should mainstream medicine threat patients with such infection?

Frankly, if they won’t return to electrotherapy that’s been so successful 100 years ago, then they should just close shop. Mainstream medicine has been rendered useless by their own discovery of the superbugs.

Here at eClinik, we have dealt with the superbug phenomenon a long time ago, and we are sharing that critical information on the very first article that we wrote, “Conquer fear and live free”, right here.

On the other hand, we believe that this repeated disclosures about superbugs is just to condition the human mind about the helplessness of the medical industry in dealing with all diseases known and unknown.

The whole exercise is just part and parcel to the objective of deliberately reducing the population on the planet to conserve on limited planetary resources.

The notion of scarcity is replete throughout the whole system. It keeps the illusion of fear and complexity to encourage the reliance on experts and our total dependency on the system.

And it’s not just that superbugs are kept on being discovered, they are also actively creating deadly viruses in their laboratories.

They believe that those who can’t think beyond chemical antibiotics, or are too passive and cannot feed themselves with the right information, or are not smart enough, i.e. the “useless eaters”, do deserve to die.

Perhaps, to some degree, they may be right.

If we are to survive against the corrosive system prevalent today, we need to be more responsible for ourselves and should stop relying on the system appointed “experts”.

1 thought on “Post-AntiBiotic Era is Here: Bacteria that are Resistant to All Antibiotics Discovered”